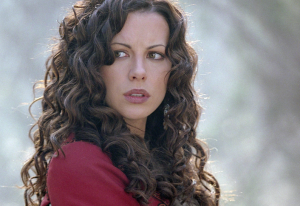 The Widow will see the Underworld franchise actor playing a grieving widow who receives a phone call that turns her life upside down and takes her to Kinshasa in the Democratic Republic of the Congo.

Commissioning broadcaster ITV, which first announced the series in March last year, will first air it in the UK before Amazon debuts it in US and then rolls it out in more than 200 other territories.

ITV and Amazon have already coproduced dramas Fearless and Vanity Fair, both of which Mammoth Screen produced.

The Widow will come from All3Media-backed Two Brothers Pictures, which worked with Amazon on the BBC Three comedy Fleabag.

“We are thrilled to continue our existing relationship with Kate Beckinsale on the heels of her incredible performances in Amazon Studios’ critically acclaimed films,” said Amazon Prime Video VP of worldwide TV content acquisitions Brad Beale.

“Harry and Jack Williams have created a powerful story, which will be brought to life by one of the world’s most talented actresses.”

Harry and Jack Williams, who lead Two Brothers, called the series their “most ambitious and cinematic piece to date”.

The Williams will write and executive produce the show, which goes into production this month. Filming is set for South Africa, Wales and Rotterdam in the Netherlands.