The British kids TV industry has been given a £60 million (€67 million) production and distribution boost, which has been described as a “much-needed stimulus” for local producers. 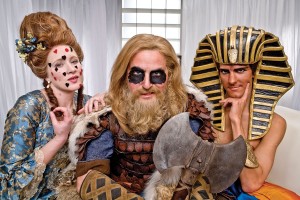 The UK government revealed the fund would be available for content broadcast on commercial public TV broadcasters such as ITV and Channel 5, other free TV networks, on-demand services and possibly other online platforms.

Content creators will be able to receive up to 50% of production and distribution costs for original kids shows, a move designed to increase the range of programming in the territory.

The Department for Digital, Culture, Media and Sport (DDCMS) acknowledged there has been a “decline” in UK public service broadcaster (PSB) children’s TV output in the past decade, with spend down £55 million.

This comes after a government review of children’s content was launched in November.

The DDCMS hopes the new fund, which is the first of its kind, will “reverse that trend”. Tax rebates are already available for UK animation productions, but this has not stopped the declines.

The cash will be distributed over three years, beginning with a pilot in 2019. Programmes with “new and diverse backgrounds” and those hailing from Scotland, Wales, Northern Ireland and English regions outside the UK would be “a particular focus”.

“High quality children’s television is not only entertaining but plays a vital role in stimulating learning and giving young people a greater understanding of the world around them,” said British Culture Secretary Karen Bradley.

“This significant investment will give our world-renowned television production sector the boost it needs to create innovative content for a wider audience that would otherwise not be made.”

Much has been made of commercial PSB investment in kids TV, or the lack of it. While Channel 5 has established it Milkshake! preschool strand and ITV has ordered some original programming, UK pubcaster the BBC accounted for 87% of all original kids shows in 2016.

“The Children’s Media Foundation welcomes the confirmation that the new ‘Contestable Content Fund’ will focus on the children’s audience,” she said. “It’s a much-needed stimulus for the UK’s children’s media makers and we hope it will bring new and exciting content for children of all ages that could not otherwise have been commissioned.”

John McVay, CEO of indie producers association PACT, said incentivising new entrants to the market had long been vital for UK kids TV. “This along with the introduction of the PSB criteria through the Digital Economy Act, will encourage the commercial PSBs back to the table and foster new talent.”

A detailed policy paper that sets out how the fund will work will be published this year.

The results of the children’s content review are also expected in the summer.