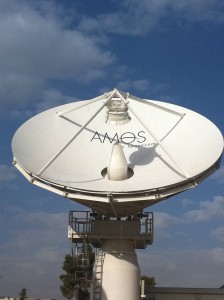 Dish Media Network CEO Sudeep Acharya said, “The significant growth of our broadcast operations is directly related to our long-term partnership with Spacecom and the capabilities of its Amos-4 satellite. Dishhome is now able to offer better quality content as well as higher quality broadcast to improve our customers’ viewing experience and propel us to substantial growth.”

David Pollack, Spacecom president and CEO, said, “Our continuing and growing relationship with Dishhome is a testament to the satellite’s technical prowess and our team’s service-oriented approach. From Amos-4’s 65° East position, Spacecom is able to meet their current and future needs for powerful and clear satellite signals upon which they can increase their services and subscriber base.”

Spacecom previously announced an extension of its deal with Dish Media Network last May.

Spacecom, whose core position is 4° West, has commissioned a new satellite, Amos-17, to expand its reach in the growing African market from the 17° East orbital slot.