YouTube has rolled out its subscription YouTube TV service to 34 new metro areas, making it now available in more than 80 cities and locales across the US. 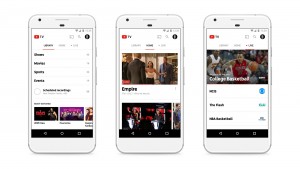 It added a further 10 metro areas in late July and another 14 in August, making it available to roughly half of American homes, and has continued to expand since then.

YouTube TV offers a line-up of more than 40 channels, including the some of the biggest US broadcast networks in ABC, CBS, FOX, NBC and ESPN.

It is available across devices, includes a cloud DVR with “no storage limits” for recording TV shows, and costs US$35 per month without commitments – substantially cheaper than a typical US cable subscription.