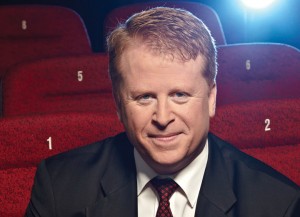 Brian Sullivan has been named president and COO of Fox Networks Group (FNG), with former incumbent Randy Freer now bedded in at Hulu.

Former Sky Deutschland chief Sullivan takes on a broad operational role that will see him in charge of revenue and distribution at Fox Television Group, FX, Fox Sports and National Geographic Partners.

Sullivan, who has been president and COO of FNG Digital Consumer Group since 2015, will report to 21st Century Fox president Peter Rice, who is also chairman and CEO of FNG.

Sullivan is already and will remain a Hulu board member, and he will also oversee all Fox’s authenticated streaming apps, which are operated through FNG Digital Consumer Group.

Sullivan began his career at CBS-owned Showtime Networks before moving to Sky, first in the UK and then Germany.

As CEO of Sky Deutschland, he is credited with launching an early live sport and entertainment service, Sky Go, and also soubled subscriber levels and revenues.

“Brian’s track record at Sky and his proven expertise in building digital video consumer products has made him an invaluable part of our senior leadership team, and I look forward to working with him to continue to focus and operationalize our revenue, distribution and D2C efforts,” said Rice.

The appointment comes at the end of a dramatic week for Fox, which could announce the sale of FNG (except for the Fox broadcast network, Fox Sports and Fox News) and other assets to The Walt Disney Company next week.