Orange to invest in fibre rather than football, calls for more content partnerships

Orange CEO Stéphane Richard has reiterated that his company will not bid for premium football and contribute to rights inflation, and has opened the door to collaboration in content, including with rival Altice-owned SFR. 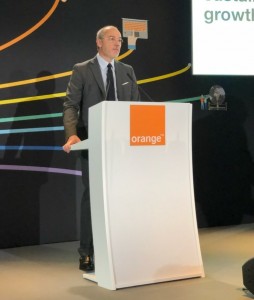 Speaking at an investor event in London, Richard said that content remained part of Orange’s diversification strategy but that its role would be as an aggregator and distributor primarily.

“In content, we have one objective: to ensure that our customers have access to the best content at a reasonable price, principally through aggregation and distribution. In France, Orange will not take part in the likely inflation in football [costs],” he said.

Reflecting on the recent troubles of Altice, Richard said that Orange could see more partnerships between operators taking the place of head-on competition.

Orange already has a content partnership with Altice’s major rival in the French content market, Canal+, providing Canal+ packages as part of its multi-play offering.

Richard, confirming that he will be candidate for a third four-year term as CEO, said his main focus would be on upgrading its fixed network to fibre and developing fixed and mobile bundled offerings in the French, Spanish and Polish markets.

Richard said that Orange’s bet on fibre-to-the-home was paying off. The group has invested €3.4 billion in fibre over the last two years.