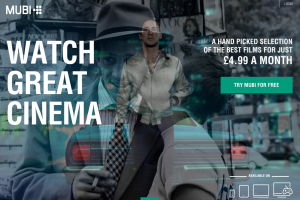 The deal will see Mubi offers movies including Being John Malkovich. Dazed And Confused, Rumblefish and Touch Of Evil, and Alfred Hitchcock movies Rope, The Man Who Knew Too Much, Marnie, Vertigo and Rear Window.

The first title shown from the deal will be the Coen Brothers’ A Serious Man on Christmas Day.

Mubi said its curators were able to hand-pick the collection of films that make up the deal, in keeping with the VOD service’s bespoke approach to its film offerings.

The NBCUniversal deal, struck by MUBI’s founder, Cakarel, follows previous agreements with the likes of Sony Pictures and Paramount Studios.

MUBI’s CEO Efe Cakarel said: “Our deal with NBCUniversal is very exciting – their rich catalogue has allowed myself and the curators here at MUBI to run riot with our selections. We know that our community is going to devour such treasures as Billy Wilder’s The Lost Weekend and Sirk’s Written on the Wind, whilst also discovering the likes of Ang Lee’s Lust, Caution or the wonderful world of John Waters with Serial Mom and Cry Baby.”