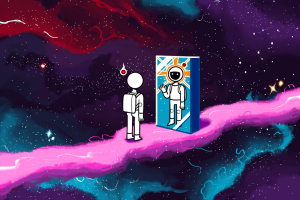 Self-styled YouTube-meets-Reddit video-on-demand service Vidme is to shut down, citing competition from Google and Facebook.

The US-based streaming service, which provided videos curated by community members across a range of categories, was created in 2014 and claimed at its peak to have close to one million registered content creators and 25 million unique monthly users.

Vidme has disabled new sign-ups and uploads to its site. Existing videos will be playable and exportable until December 15, after which they will be permanently deleted from Vidme’s servers.

The company has suspended all of its paid-for subscription services. Subscription videos will be available only to their creators. Vidme said it would pay out any outstanding earnings on verification within 90 days.

In a blog posting, founder and CEO Warren Shaeffer said that the service had been unable to “find a path to sustainability”.

Shaeffer said that Vidme has delivered over six billion views to audiences globally to date. He said the service became one of the top 1,000 most popular destinations on the web, reaching over 200 million people annually.

Identifying reasons for Vidme’s demise, Shaeffer said that advertisers increasingly want to target specific audiences, putting services that don’t store deep personal data at a disadvantage. Facebook and Google, which have mastered this, now control 60% of online advertising spend in the US.

Shaeffer said that advertisers also want to ensure that their products are promoted alongside ‘brand-safe’ content, which is expensive and difficult to monitor, and that few advertisers are wishing to negotiate direct deals with platforms that don’t have the scale of the global giants.

Vidme was also over-optimistic in projecting that CDN and data storage costs would decline rapidly. While this has happened to some extent, Shaeffer said that Vidme’s costs “still outpaced our ability to generate meaningful revenue”.

Shaeffer also said that the definition of scale had changed since Vidme’s launch, with eight out of 10 of the most popular apps now being owned by Google or Facebook.

“When we started we knew that we were taking a calculated risk, but in hindsight we underestimated the speed with which the competitive landscape would change,” said Shaeffer.

Shaeffer said that despite the collapse of Vidme, his team would more forward with plans to launch a new- undisclosed product, next year.