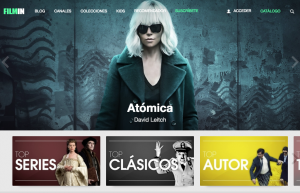 Vodafone España has struck a strategic agreement with Spanish subscription movies on-demand provider Filmin to include its service on the Vodafone One TV service and as part of Vodafone’s mobile offering.

SVOD service Filmin, which was launched in 2007 by Juan Carlos Tous, Jaume Ripoll and José Antonio De Luna, specialises in independent and Spanish cinema, with a goal of complementing Hollywood movie offerings and to provide a range of titles that are not widely available either in cinemas or on other TV services.

The company has a catalogue of over 10,000 titles including over 7,000 movies. It includes Spanish movies from the likes of Pedro Almodóvar, Carlos Vermut, Borja Cobeaga and Fernando Fernán Gómez, as well as a wide range of European, American and world independent movies, festival circuit titles, kids, documentary and music programming and a curated selection of 200 episodic series.

Filmin’s offering will add to Vodafone’s existing movie offerings, which include its own Videoclub service, with 40 new titles added each month and a catalogue of 550 titles. Vodafone also offers linear movie channels such as canal Hollywood, TCM, Dundance TV and Somos as well as providing access to Netflix and HBO España.

Vodafone is offering Filmin free of charge for two months and for €7 thereafter.