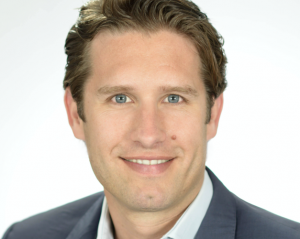 Eglau, who was chief operating officer EMEA and general manager for Benelux the Nordics, CEE, the Middle East and Africa at A+E Networks, will take charge of ProSiebenSat.1’s international activities, including the European Media Alliance, the network of commercial broadcaster groups that includes TF1 and Mediaset. He will also take charge of ProSiebenSat.1’s activities beyond Europe.

Eglau officially stepped down from his position at A+E in March to “take up other challenges”, but continued to work for the group in an advisory capacity until August.

Prior to joining A+E, Eglau worked for ProSiebenSat.1’s main German rival RTL for 11 years, with responsibility for the group’s pay TV activities and venture fund.

Eglau will work between ProSiebenSat.1’s offices in London and Munich, and will report to the company’s executive board.

The European Media Alliance was created in 2014 to foster closer collaboration between European media groups to enable them to take on the challenge presented by global internet and media giants such as Google, Apple and Amazon.

Initiatives from the grouping so far include collaboration on programming and production, the creation of joint-venture MCN Studio71 France and the establishment of the European Broadcaster Exchange as a pan-European digital advertising sales house.

Christof Wahl, member of the executive board, digital, and COO ProSiebenSat.1 Group said: “Nicolas Eglau has extensive experience in both TV and Digital and a broad, international network. With him, we will expand our international cooperation ventures and generate growth and additional revenues beyond Germany’s borders.”