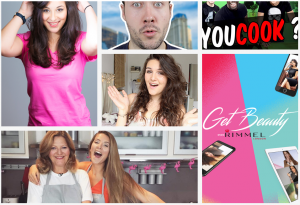 Completing the management team at the MCN, which came out of the wide-ranging alliance forged between French commercial broadcaster TF1 and Germany’s ProSiebenSat.1, Virginie Maire has been named as chief operating officer, while Joshua Roa has been given the post of talent manager.

Capuron joined TF1 last year to take charge of digital transformation, data and digital marketing. He will retain his role as director of new digital services, including MinuteBuzz and advertising initiative EBX, while taking on the additional role of CEO of Studio71 France. He previously worked in senior positions for M6 and Canal+.

Bourgouin, a journalist by training, previously worked as a specialist producer at Studio Bagel/Canal+.

Maire previously worked for Finder Studios, the MCN founded three years ago that is supplying much of the programming inventory of Studio71 France, and has also worked in business development for M6 Web.

Roa is also a graduate of M6 Web, where he worked on diversification and new services initiatives before joining MCN Rose Carpet and, in 2014, Finder Studios.