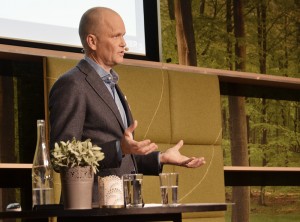 Timell has been the subject of accusations of sexual harassment, racism and homophobia, with a number of women using the #MeToo Twitter hashtag to recount personal experiences of abuse.

Almqvist, who is CEO both of TV4 and parent company Bonnier Broadcasting, told a crisis meeting of employees that the company would “act with full force” to ensure that such as case does not arise again and unveiled a five-point action plan to tackle problems.

This includes ceasing production on the current season of Äntligen Hemma and ending cooperation with Timell, whose contract with the broadcaster has been cancelled.

TV4 management has been accused of failing to act despite allegations against Timell being raised two years ago. However, Almqvist told Swedish press that there are no plans to relieve any managers of their duties.

Bonnier has hired law firm Setterwalls to conduct an independent investigation into allegations at harassment and abuse at TV4 and the show’s production company Meter Television, including whether there have been any incidents since 2016 when new policies were introduced by Meter Television. Setterwalls will also be tasked with producing guidelines on collaborations with production companies designed to ensure zero tolerance to all forms of discrimination and harassment.

Bonnier plans to draw up a new policy on working with production companies that includes clear requirements for working conditions, better controls and increased dialogue between TV4 and the relevant companies.

Bonnier is also surveying staff about abuse and harassment they may have encountered.

Finally, Almqvist has also invited the CEOs of public broadcaster SVT, Discovery Sweden and Modern Times Group to meet with him in late November to discuss industry-wide measures to counter harassment and abuse.

The #MeToo hashtag has become a prominent tool victims of sexual harassment and assault have used online since allegations over the actions of Harvey Weinstein began to emerge earlier this month. The ensuing wave has caught executives at Amazon Studios, Just For Laughs and Nickelodeon since then, with further repercussions expected.