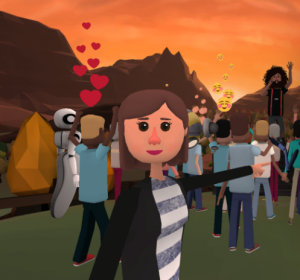 Microsoft has agreed to buy virtual reality social network, AltspaceVR, securing the future of a service that was due to close in August due “unforeseen financial difficulty”.

Microsoft announced the deal alongside a number of other developments as it outlined its commitment to mixed reality at an event in San Francisco.

Alex Kipman, Technical Fellow of new device categories in the Windows and Devices Group at Microsoft, said: “With the AltspaceVR team onboard we look forward to building the world’s preeminent mixed reality community.”

In a blog post, AltspaceVR described the deal as “an adrenaline shot” for the service and said it plans to introduce new events, features and activities to the community. It also said AltspaceVR will remain a cross-platform offering, with no immediate plans to launch on Microsoft HoloLens.

“AltspaceVR will stay AltspaceVR. Microsoft is most interested in preserving the current community that uses AltspaceVR to connect and interact with new and old friends,” said the company.

“These first few months will focus on fostering our community and making sure AltspaceVR remains a friendly, welcoming and vibrant place to hang out in virtual reality.”

At the same time, Microsoft yesterday unveiled the latest device in its growing family of Windows Mixed Reality headsets – the Samsung HMD Odyssey.

Microsoft also announced per-order availability for the full range of Mixed Reality Windows headsets that will launch ahead of Christmas, including devices made by Acer, Dell, HP and Lenovo.

“We are standing at the threshold of the next revolution in computing. A revolution where computers empower us to expand our capabilities and transcend time, space, and devices. A revolution where we immerse ourselves in virtual worlds of our choosing and we accomplish seemingly impossible things while making lasting memories with the people we love,” said Kipman.

AltspaceVR announced its closure at the end of July, but said in mid-August it would “live-on” and was in “deep in discussions with others who are passionate about AltspaceVR who want to guarantee that our virtual oasis stays open”.