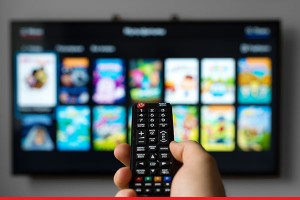 Hybrid digital-terrestrial and IP standards outfit the HbbTV Association has finalised and published its IPTV Specification, building on its HbbTV 2 spec.

The new specification has been published by ETSI as TS 103 555 and it defines how HbbTV devices such as set-top boxes and TVs can be used with IPTV services.

Two distinct types of terminals are covered by the specification. One is a pure IPTV terminal with only an IP connection and no classical RF antenna input, where all TV content is received via IP.  The other is a hybrid IPTV terminal that has both an IP connection and a classical RF-based broadcast connection. Such terminals can switch between presenting content received via IP and content received via RF-based broadcast without rebooting or interrupting a running HbbTV application, according to the body.

The specification defines three ways to do deliver and present IP content for both types of device.

The first is to list content in the device’s channel or service list; such content is either presented upon a user selection or by a broadcast-related HbbTV application. The second method is to use an HbbTV application to present content using streaming technologies like MPEG-DASH. The third allows a “roadcast-independent HbbTV app to manage the channel/service selection.

“The HbbTV Association is pleased to be able to extend the range of devices and services that HbbTV technology can support.” said we were also pleased to see the cross-industry participation that led to this specification.”

Frank Lonczewski, head of innovation and customer insights, TV, Telekom Deutschland said: “The extension of the HbbTV specification to include broadband networks for programme reception allows us to deploy services to HbbTV-compatible TV sets, thereby giving us the option to extend the coverage of our IPTV services further.”