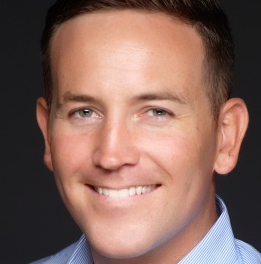 Kyle Christensen and David Miller have joined to expand the digital team at NGP, which 21st Century Fox majority-owns with the National Geographic Society as a minority partner.

Christensen joins from Netflix and becomes VP of channels social and digital strategy, while Miller exits AOL for his new post as senior VP and general manager of NationalGeographic.com.

This year, NGP has also added Marcus East, Marcelo Galdieri and Jonathan Hunt to its ranks of digital executives.

Nat Geo is the number one non-celebrity brand on Instagram with 111 million followers, has a top-yen YouTube channel brand, the TV network on Facebook and has more than 360 million social followers overall.

Christensen was part of the Netflix team that launched Narcos and the Marvel Universe series, and has worked in interactive marketing for Warner Bros and digital production for Fox Sports.

He reports to executive VP of digital Rachel Webber.

Miller was AOL’s VP of product management, having spent eleven years with the internet company. He reports to SVP of social and audience development Jonathan Hunt.

“David and Kyle bring tremendous expertise, creative and business instincts, and a dedication to the consumer experience that are crucial as we work to scale our digital business,” said Webber.

“While we have a running head-start as the number one brand on social media, we know we have even greater potential to activate people’s curiosity and to build communities of passionate explorers.”