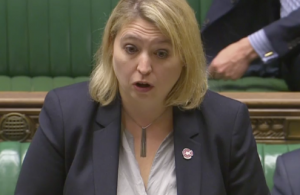 Karen Bradley has said she is “minded” to refer the proposed merger between 21st Century Fox and Sky to regulators over concerns about broadcasting standards.

The UK culture secretary previously said she intended to refer 21st Century Fox’s £18.5 billion (€20.5 billion) takeover of Sky to the Competition and Markets Authority (CMA) on the grounds of media plurality.

According to the government, a referral on one or both grounds would trigger a “full and detailed investigation” by the CMA over a six-month period.

Bradley’s latest position comes after Ofcom submitted additional evidence at the end of August in response to questions raised by the 43,000 representations that were received by the government over the summer.

“In light of all representations and Ofcom’s additional advice, I believe these are sufficient to warrant the exercise of my discretion to refer,” said Bradley in reference to question of broadcasting standards.

Sky said in a statement that it was “disappointed” by the further delay but would continue to “engage with the process” as the Secretary of State reaches her final decision.

“We are disappointed by this further delay and that the Secretary of State is now minded to refer the proposed acquisition to the CMA in relation to broadcasting standards despite Ofcom, as the independent broadcast regulator, maintaining its advice that there are not sufficient concerns to justify such a reference,” said Sky.

UK broadcast regulator Ofcom published a ‘fit and proper decision’ in relation to Sky on June 29, but has since submitted two letters that provide further points of clarification to the Secretary of State, and added explanatory wording to two paragraphs to its initial decision document.

One point that Ofcom was asked to offer further advice on was the claim in its public interest report that “Fox did not have adequate compliance procedures in place for the broadcast of Fox News in the UK and only took action to improve its approach to compliance after we expressed our concerns”.

“The fact that Fox belatedly established such procedures does not ease my concerns, nor does Fox’s compliance history.”

The culture secretary said it would also be appropriate for “corporate government issues at Fox” – which were also deemed by Ofcom to be ‘non-fanciful’ – to be considered further by the CMA.

21st Century Fox pulled Fox News from the Sky platform in the UK at the end of August, stating that it was “not in our commercial interest” to continue to providing the channel in the UK and that it only attracted “a few thousand viewers” there.

Sky and Fox now have 10 days to respond to Bradley. After representations are received, she said she will come to a final decision “as promptly as I can”.