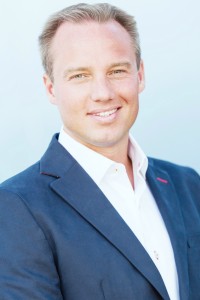 Iflix has appointed the founding CEO of RTL CBS Asia Entertainment Network, Jonas Engwall, as its new head of Asia.

Engwall takes over from the emerging market SVOD service’s previous Asia boss, David Goldstein, who moves to a new role as non-executive chairman of Iflix Asia.

He brings more than 14 years of broadcasting and TV experience to the role, most recently as the head of RTL CBS Asia Entertainment Network where he oversaw the launch of two of the company’s channels across 19 Asian markets.

Prior to this Engwall was vice president of RTL Group Asia, where he led the group’s expansion into India and Asia.

Earlier in his career he worked at Modern Times Group and helped to expand MTG’s free-to-air television business into emerging markets in Eastern Europe.

“This is an incredibly exciting time as Iflix continues to consolidate its lead position as the preferred entertainment platform across emerging markets globally,” said Iflix co-founder and group CEO, Mark Britt.

“We love Jonas’ reputation in the industry as both a disruptor and innovator. He will be critical to deepening our distribution relationships and continuing to evolve our product through Asia.’’

Engwall said: “The team has done an exceptional job over the last two and half years to establish the company’s leadership position throughout the region.

“I am thrilled to join Iflix as we enter the next stage of growth and transformation, with a focus on innovating the Iflix service, drawing from the best of both video-on-demand and linear television in its evolution as the future of pay TV.”

Iflixa is headquartered in Kuala Lumpur, Malaysia, and first went live in Asia in May 2015. It has since expanded to 21 territories across Asia, the Middle East and Africa.