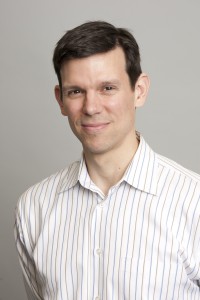 New of Blackman’s death was first reported by the local press in Portland, Oregon, where he was a respected member of the local tech scene.

A statement issued by the Blackman family said that Sam had died peacefully surrounded by loved ones.

“We are thankful to all those who have shared their thoughts and prayers for Sam. We ask that you respect our privacy during this time of grief,” it read.

AWS Elemental said in a separate statement that it had lost a “passionate, visionary and humble leader and the world has lost an inspiring human being dedicated to community.”

“Sam’s spirit will always be at the core of what we do. Sam loved his work, but his greatest love was for his wife and children. Our thoughts are with his family and all those he touched on his journey.”

Oregon governor Kate Brown paid tribute to “a beacon of Oregon’s tech community” and thanked Blackman for the “important contributions he made to the entire state”.

“Sam brought energy, innovation, and jobs to an important and fast growing sector of Oregon’s economy. But, more importantly, he did so with a commitment to Oregon’s values,” said Brown.

“As CEO of Elemental and later with Amazon, he led the company to grow financially while engaging civically on issues like education, hunger, and the environment.”

AWS acquired Elemental in 2015, in a deal that reportedly valued the firm at roughly US$500 million (€450 million).

The acquisition was designed to bring together Elemental’s video technologies with the AWS Cloud platform to provide media and entertainment companies with a way to scale their video infrastructure as they move to internet based delivery of services.

Elemental started to operate under the AWS Elemental brand and continues to deliver its full range of offerings for pay TV operators, content programmers, broadcasters, governments and enterprise customers.