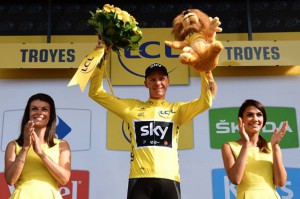 Discovery-owned Eurosport has extended its deal to cover the Tour de France cycling competition until 2023, with full exclusivity across 38 European and central Asian markets.

The four-year agreement with the EBU and Amaury Sport will see Eurosport broadcast all stages of the 2020, 2021, 2022 and 2023 editions of the race exclusively in 38 countries, with the first 75 minutes of action also exclusive in many of the remaining European markets.

We proudly claim to be the Home of Cycling and this new deal is further proof of that statement. We now have every minute of the Tour de France until 2023, meaning all the Grand Tours, the five Monuments and over 30 UCI World Tour events will be on Eurosport – over 200 days and 2,500 hours of live cycling coverage each year. The message for cycling fans is clear, Eurosport is the best place to follow the sport – we have every sprint, climb and breakaway from the biggest races covered on TV or on the go and on-demand via Eurosport Player,” said Peter Hutton, Eurosport CEO.

“The Tour de France remains the sport’s biggest event and we are delighted that the average viewing figures for this year’s Tour have increased, even when you consider we’ve delivered over 20 hours more live coverage compared to 2016. We remain committed to looking at ways to improve the production of the sport, using more access to data to give a clearer explanation of the stories of each day.”