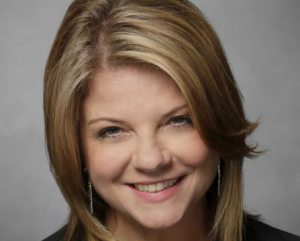 She has been named executive VP of production for NBC Entertainment and Universal Television Alternative Studio (UTAS), which launched earlier this year.

She was most recently EVP and head of unscripted production at Endemol Shine North America (ESNA), but left soon after Endemol and Shine Group merged at the end of 2015. Rob Day has since replaced her there.

Her new role will see oversee all aspects of alternative programming production. UTAS is currently producing NBC series such as Better Late Than Never, Hollywood Game Night, The Wall and new shit World of Dance.

Giambrone, a former BBC Worldwide Productions exec, has operated in unscripted production for two decades. She has worked on series such as Fox’s MasterChef, NBC’s The Biggest Loser and The Island, and ABC’s Dancing with the Stars.

“The fact that Linda is joining our team at this pivotal point in Universal Television Alternative’s growth is a huge coup for us,” said Ahr.

“A studio’s value is in being a trusted brand, and that is built on its people’s ability to innovate, problem solve, and deliver at the highest level. Linda is someone who will ensure our execution is unparalleled as we continue to expand and position ourselves as a global leader.”