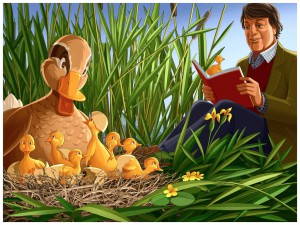 Zodiak Kids has partnered with Future Today, a US based technology and distribution company, to bring its YouTube channels ZeeKay and ZeeKay Junior to distribution on various OTT platforms.

As part of the deal, Future Today will build, manage and grow viewership for the channels on Roku, Amazon Fire TV, Apple TV and other OTT platforms.

Twelve videos will be available including The Ugly Duckling, The Emperor’s New Clothes, The Little Mermaid and The Princess and the Pea.

Jean-Philippe Randisi, CEO at Zodiak Kids, said: “We are delighted to be extending ZeeKay and ZeeKay Junior’s reach with this new deal with Future Today – it is a great outlet to partner with.  ZeeKay Junior is going from strength to strength, rapidly increasing its subscriber base, as we continue to populate the platform with new content from ourselves and our partners, such as GivingTales.”

Zodiak Kids says that its channels have hit over 1.2m subscribers and had over 20 billion watch time minutes consumed on its platforms.