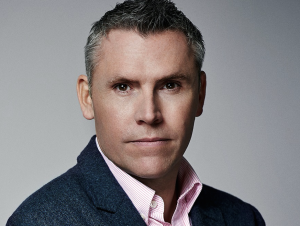 He is in part replacing McLeod, who exited recently after a decade, as DTVE‘s sister title TBI exclusively revealed in January.

His expanded role will see him leading strategy and performance for NBCUIN channels in relevant territories.

Raftery has also been named chief marketing and content officer at NBCUIN, which he will oversee marketing and programming strategy across the entire group.

“Lee has done an exemplary job of building an incredibly distinctive marketing and creative culture across the company,” said MacLellan.

“He has proved himself to be a strong and decisive leader and I have every confidence that he will apply his considerable skills to lead the strategic vision within the UK/EMNetworks group”.

Before joining NBCU in 2011, he was senior VP of marketing, PR and on-air at Comcast InternationalMedia Group, whose parent bought NBCU in the same year. He also spent ten years at Hasbro, and held roles at The Walt Disney Company.