Discovery has teamed with Telecom Italia (TIM) in what the pair describe as a a ‘first of its kind’ Olympic Games partnership focused on mobile TV.

Discovery says that the TIM agreement is the first of a new kind of digitally-focused deal that will offer exclusive and differentiated content to mobile operators across Europe.

An ‘official mobile broadcaster’ designation will give TIM the exclusive opportunity to co-brand with the Olympic Rings and offer their customers a differentiated viewing experience with exclusive access to a 24/7 operator-branded linear news and highlights channel and exclusive short-form content.

TIM will have direct brand affiliation with the Olympic movement throughout the 2018-20 Olympic cycle, starting with the Olympic Winter Games in PyeongChang that takes place in February, and will deliver real-time access to the latest information and news on national Olympic participants to all its customers.

Subscribers to TIM also will have instant access to Eurosport Player, including the FINA World Swimming Championships, IAAF World Championships in Athletics, Grand Slam tennis tournaments – the French Open, US Open, and Australian Open ­– and all three of the cycling Grand Tours – the Giro d’Italia, Tour de France and Vuelta de Espana – along with the winter-sports. 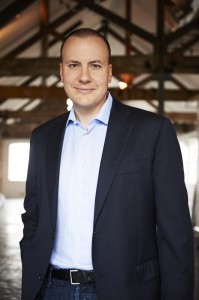 Jean-Briac Perrette, President and CEO, Discovery Networks International, said: “Our partnership with Italy’s biggest telco operator to create the first ever Olympic Mobile Broadcaster designation will enable us to deliver the ultimate Olympic Games viewing experience to millions of people. This world-first partnership is a big win for fans who want to consume exclusive content from the Games wherever and whenever they choose.”

“This is a significant partnership for both companies – for Discovery this is a strong endorsement of its Official Mobile broadcast offering first announced at this year’s Mobile World Congress and importantly, a crucial way to grow its presence in Europe. Sports is one of the few genres driving users to watch live TV. We believe there is an opportunity for a provider like Discovery through Eurosport to be the Netflix of sports. Eurosport offers a vast array of sports and is the new European home to arguably the world’s most iconic event, the Olympic Games,” said Pescatore.

“For telcos like TIM, it represents an undeniable opportunity to differentiate its offerings in content. This latest agreement will offer TIM plentiful opportunities to attract new subscribers. We believe that this partnership will lead to a frenzy among European telcos to secure a similar exclusive agreement. Furthermore, it reiterates our belief that it is an exciting time to be a content and media owner. More and more people are watching video on mobile devices and we firmly believe that the next Olympic Games will break all usage records from those watching and accessing content on their smartphones, tablets and other connected devices like VR.”