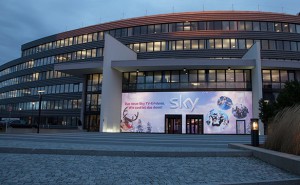 Sky Deutschland has launched its own version of Sky Store, the electronic sell-through service provided by the pay TV giant in the UK.

The German service will provide over 1,000 films for sale, with around 30 new titles to be released each month, according to the operator.

Sky customers will be able to purchase movies immediately after their theatrical resale for and up until two weeks before their DVD release. Those purchasing electronic versions of movies will also receive a DVD or Blu-ray mailed them direct at no additional cost.

Titles available as part of the service will include John Wick: Chapter 2, T2 Trainspotting and forthcoming titles Logan and Beauty and the Beast.

Movies will be available for viewing on multiple devices, including Android and iOS smartphones and tablets, and will be downloadable for offline viewing.

The pay TV operator has deals in place with content partners including Constantin, Disney, Fox, Paramount, Sony, Studiocanal, Tele München Group and Universal. The service is available via the Sky+ and Sky+ Pro set-tops, via the web at skystore.de and via the Apple App Store and Google Play.