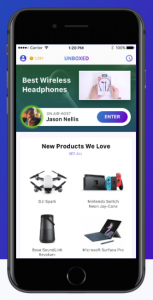 The Packagd platform launches out of stealth mode with the introduction of its first app, Unboxed – which offers curated, hosted shows on new tech products, gadgets, and devices.

“Our vision for Packagd has evolved over the last 10 years, inspired by how ‘commerce as entertainment’ helped traditional players like HSN and QVC build multi-billion dollar empires during the TV era,” said Packagd co-founder and CEO, Feng.

“Using video to drive commerce is not a new concept, but Packagd has the opportunity to bring this user experience to a new generation of mobile consumers.”

With its public launch, Packagd announced it has raised a US$6 million Series A investment led by Forerunner Ventures and GV, which was formerly known as Google Ventures. This takes its funding to date to US$7.5 million.

Feng was the formerly the founding chief technology officer at Hulu and was also CTO of news app Flipboard. He incubated Packagd at Kleiner, Perkins, Caufield and Byers (KPCB), where he is a general partner, and the VC firm provided seed funding.

Packagd claims to be the first company to take advantage of the retail opportunity provided by the popularity of unboxing videos – which it claims to date have offered a “disjointed shopping experience for the consumer”.

Packagd’s apps will feature curated shows, enabling consumers to discover new products, interact with hosts and audiences through a live chat, and buy products via Apple Pay – all within the app

Unboxed, which is currently available on the Apple App Store, will target the technology retail market – focusing on products like smartphones, computers, games consoles, videogames, cameras and drones.

GV general partner, M.G. Siegler, said: “There’s a pretty clear trend of people, and young people in particular, gravitating towards the influencers they trust when it comes to making buying decisions. This will have profound ramifications in commerce going forward and it’s right where Packagd is aiming to play.”