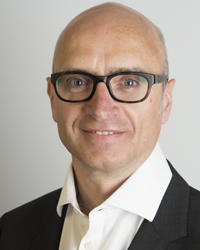 The head of BT Sport, Simon Green, has dismissed fears about declining sports ratings, but called on the Premier League to allow broadcasters more off-the-pitch access.

Speaking at the KPMG and Microsoft’s Football Benchmark Forum event in London yesterday, Green said that millennial viewers are still interested in live sport and insisted that any dip in football viewing on TV can be read as a natural fluctuation.

However, he called on football clubs and the Premier League to give broadcasters more access to the game, claiming this would drive more interest in the sport.

“There’s been a lot of reports in the press over the last 10 months or so, as this new season got going, about falling television ratings – particularly for the Premier League,” said Green.

“They will recover next season, I can almost guarantee, on the basis that Manchester United will do better. Their performance affects television ratings quite drastically.”

Discussing millennial viewing habits, he said that while younger viewers consume things in a faster way and want bite-sized content, “they are still interested in the same content ultimately”.

“Though they may watch in shorter periods, they still want to have access to that content,” said Green. “Our research tells us that there is time spent by millennials on different devices, but their television viewing time has shrunk very, very marginally in totality.”

Discussing what BT would ideally like from rights holders, Green said it was a matter of access, drawing a contrast between UK top flight football and US sports leagues like the NBA and NHL – which directly compete for viewers and try and make them “see, feel, hear” the action.

“Those organisations come up with ideas about how to make their sport better. Football has an arrogance, it’s not a logical business in any way, shape or form,” said Green.

“Provide broadcasters with more access because it will ultimately develop more interest in football. That’s access to the dressing room, the players – we’re not there to catch people out, we’re there to tell a story and to tell a good story.”

Despite this, Green said he believed that Premier League’s restriction on broadcasters showing live 3pm Saturday matches was “good for the sport” – a rule designed to encourage fans to buy tickets to see games in person.

He also warned that new broadcast model ideas, such as allowing a team to sell a season ticket for viewers to access every one of their games, risked causing reduced interest in smaller clubs.

Overall, Green was upbeat about the future prospects of live televised sport.“It is the first thing that is on the shopping list for broadcasters if, like BT, you want to establish yourself in a pay market with content,” he said. “It is live sport that works. Has always done, will always do so.”

According to a recent Nielsen report, millennials spend about 27% less time watching traditional TV than people aged over 35. Meanwhile, Ampere Analysis last year claimed that interest in sport among young millennials is “on the decline” with many viewers lured away from sport by the wealth of TV and online video content.