Network performance is main cause of cable churn, says study 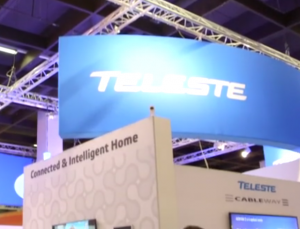 Network performance is the key issue underlying subscriber churn in cable networks, according to a study carried out by cable technology outfit Teleste.

The Finland-based company surveyed a number of cable and non-cable homes across 20 European markets. Out of 156 cable homes surveyed, 19 identified as ‘very probable churners’. Out of the 122 non-cable homes that responded, some 15 had previously been cable customers but had churned. Furthermore, among the cable customer base, 126 were ‘conditional churners’ who would consider churning.

Among ex-cable homes, all reported that issues in network performance had been the main issue leading them to churn. Some 60% had also described negative interactions with helpdesk staff as a contributory factor.

Among ‘probable churners’, the pattern is similar, with all reporting network performance issues and 60% additionally reporting negative interactions with helpdesk staff as reasons they were considering quitting their providers.

Among the ‘conditional churners’ – those considering churning – some 75% reported network issues and 15% reported negative interactions as factors influencing them.

“Network outages matter,” said Hanno Narjus, SVP, network products, Teleste, presenting the results at ANGA COM. “It is costly to regain the trust of customers you have already lost.”

He said that preventive measures and providing helpdesk operatives with detailed knowledge of each subscriber were crucial to preventing churn.

Narjus said that Teleste has studied churn because it wanted to communicate the value of its intelligent networks. “Normally we argue the opex benefits… but the biggest impact is network quality improvement . Network outages are shorter when you have better visibility,” he said.

Teleste also used ANGA COM to update on the development of Remote PHY architectures in conjunction with DOCSIS 3.1 rollouts by cable operators.

Narjus said that operators had to manage migration plans carefully and that “there needs to be a careful readiness programme.”

He said that cable operators had to monitor a huge number of network elements, and signalling from many devices is cut off when Remote PHY is deployed, so operators need to ensure that the transition is managed carefully .

Ensuring interoperability is also a key element in a successful transition to a distributed cable architecture, he said, adding that “the European market is very fragmented”.

Teleste has joined the OpenRPD developing an interoperability testing initiative set up by CableLabs and Cisco last year to promote interoperability of the Remote PHY spec for distributed cable architectures.

Without interoperability between CCAP devices and the Remote PHY node, operators could be “locked in” to specific vendors, said Narjus. He added: “With vendor lock-ins there will be much less innovation.”

Narjus said that many different form factors were used in European cable nodes, meaning that interoperability is even more important than in the US market, where node design tends to be more standardised.

At ANGA COM, Teleste highlighted a range of new products for Remote PHY implementations. The company showed an upgrade path for its AC9100 NEO node to become Open RPD-compliant through a change in the cover of the box. Narjus said customer trials of the device will take place from the end of this year, following the launch of the product in Q4.

Teleste has also collaborated with Casa Systems to deploy a RPD node with forward path RF overlay, although this device is not yet Open RPD compliant.

In addition, the company launched a compact distribution amplifier, the E3, that it says can be produced with a higher degree of automation, enabling the box to compete with low-cost Chinese imports.

Finally, Teleste introduced enhanced RFI shielding for cable leads, the lack of which, Narjus said, was a major source of network issues in the home.

“This is one of the earliest implementations of Remote PHY [together with an upgrade to] 1.2GHz in Europe,” said Narjus.