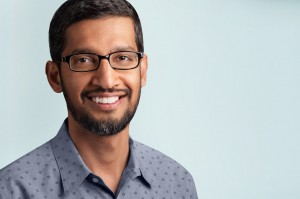 Google’s parent company, Alphabet, reported large growth in both revenues and profits, driven by gains in its core advertising business.

The results showed little signs of impact from YouTube’s recent ad controversy, which saw some advertisers pull budget away from the site after it was revealed that, in some instances, they appeared alongside extreme or inappropriate content.

For the three months ended March 31, Alphabet reported revenues of US$24.8 billion – up 22% year-on-year and 24% on a constant currency basis.

“The biggest contributor to growth again this quarter was mobile search, reflecting the secular shift to mobile due to the greater utility of smartphones for users and advertisers, but obviously also benefiting from our focus on continuously enhancing features and functionality,” said Porat.

“YouTube revenues continue to grow at a significant rate, driven primarily by video advertising. Network revenues were US$4 billion, up 9% year on year, reflecting the ongoing strong growth of programmatic and AdMob.”

In the earnings release to accompany the results, Porat added: “We clearly continue to benefit from our ongoing investments in product innovation and have great momentum in our new businesses across Alphabet.”

Asked on the earnings call about the YouTube ad controversy, Alphabet CEO Sundar Pichai said the company was taking “significant steps” and has brought in new technical solutions, including machine learning to help enforce its ad policies

“Overall, I’m pretty confident at the rate at which we have made progress, and we’re going to continue investing a lot here,” said Pichai. “It is super-important to us that this ecosystem works well. It matters for advertisers, it matters for content creators, and so we take that responsibility very seriously.”