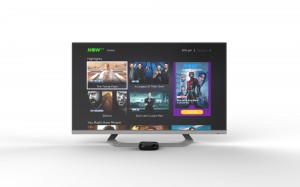 Sky has launched its stand-alone online streaming service, Now TV, in Ireland for the first time.

Now TV went live in the UK in 2012 and lets viewers access content through a range of flexible, contract-free packages.

From today, viewers in Ireland will be able to buy a Now TV Entertainment Month Pass for €15 and get access to 250 box sets on-demand and 10 pay channels including Sky Atlantic.

The Sky Cinema Month pass costs €15 and offers more than 1,000 movies on-demand. Meanwhile, a Sky Sports Pass gives viewers access to all seven Sky Sports channels and costs €10 for a day, €15 for a week or €50 for a month.

“Now TV has arrived for customers looking for a no strings relationship with their TV,” said NOW TV Ireland’s sales and marketing director, Ann-Marie MacKay.

“Designed for those who want to stream brilliant content without committing to a contract – whether that’s diving into the drama of Game of Thrones, laughing along with the latest must-see movie or feeling the pressure during a Lions test match. Customers simply sign up, choose a pass and start streaming on whatever device they want.”

Now TV is available via the web and on devices including iOS and Android smartphones and tablets, PCs and Macs. Viewers can also watch via a TV-connected Now TV streaming box, which will be available in Ireland from the end of next month priced at €40.