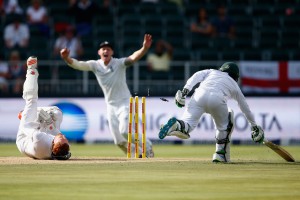 Sky Sports is due to broadcast cricket in Ultra High Definition this summer, in what Sky described as a “world first for Test cricket”.

Sky Q customers in the UK and Ireland will be able to watch England’s four Test matches against South Africa in July and August in 4K Ultra HD.

Separately, Sky announced today that it is teaming up with London’s Natural History Museum to launch an interactive virtual reality experience

As part of an experience called Hold the World, which is due to go into production later this year, broadcaster and naturalist Sir David Attenborough will be transformed into a hologram and will guide participants to virtually ‘handle’ fossils.

“I have enjoyed helping people to discover more about the natural world, and Hold The World offers people a unique opportunity: to examine rare objects, some millions of years old, up close,” said Attenborough.