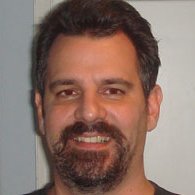 Pofantis has started in the new role and Antenna said his hire is part of a wider push to drive digital content and international copros.

The new recruit will work across the sourcing, development and commissioning of scripted and entertainment programming for Antenna’s traditional linear services and its burgeoning digital operations including its Netwix web platform.

Antenna TV is part of the Antenna Group, which is helmed by former NBCUniversal international chief Pete Smith.

He said: “The appointment of George Pofantis further cements our commitment to and investment in original digital content and brands.

“We are leading the way in developing innovative and successful digital operations in Greece and as we look to further grow these brands, we will be investing in more original digital content.

Antenna noted that high-end drama will be a particular focus for Pofantis in his new role. “George will also be focussed on building our slate of scripted content and international co-productions as we look to take advantage of the growing global appetite for foreign-language drama,” Smith said.

Pofantis reports to COO Johny Kalimeris. He has joined Antenna from free-to-air broadcaster Alpha TV where he was programme director. He was also the founder of ComedyLab, a comedy and entertainment-focused MCN for young Greeks. He has also previously been at Antenna.

“I am excited to be returning to Antenna Television as chief content officer,” he said.

“I am looking forward to developing our slate of original content for digital platforms as well as realising Antenna’s growing ambitions to create high-end scripted content with local and international broadcasters.