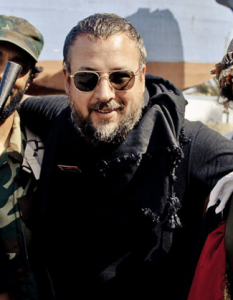 Vice Media is making a major mobile push, expanding its offerings in a bid to reach “hundreds of millions of new mobile subscribers” around the world.

Speaking at Mobile World Congress in Barcelona this morning, Vice founder and CEO, Shane Smith, said the deals include a vast rollout in Asia Pacific in partnership with mobile operators like Docomo in Japan, XL Axiata in Indonesia and Vodafone in Australia.

Vice said that with these agreements in place its programming will be delivered to more than 80 territories by the end of 2017.

“When we first started to roll out our global terrestrial TV program, people thought I was nuts, ‘going backwards’, and a victim of my own hubris,” said Smith.

“Today we announce our first batch of international mobile deals that we will now marry with our TV platforms and digital platforms to offer a comprehensive three screen/ one screen/ OTT platform-agnostic media company that offers our content at all times – everywhere.”

The new deals include the launch if Vice+, Vice’s SVOD service with Docomo Digital that provides original Vice content and curated content direct-to-viewers in Japan.

Vice has reached deals in Indonesia with XL Axiata and iflix and in Australia with Vodafone that will see it make create original, local content targeted at young people.

On the licensing side, Vice has struck deals with AbemaTV and Verizon in Japan and the United States that will expand its existing output on the AbemaTV and Go90 platforms.

Vice has also extended its partnership with FIDO in Canada and reached a new agreement with Partner Communications in Israel that will allow each provider’s subscribers to access the full slate of Viceland programming through the Vice app and on Partner’s OTT platform.

“As I sit here at Mobile World Congress with our new partners putting pins in a map and adding hundreds of millions of new eyeballs to our audience, I am excited by two things,” said Smith. “A) the future, and B) the albondigas and Sangre del Toro that I will be enjoying as soon as our world domination plans are wrapped up for the day.”