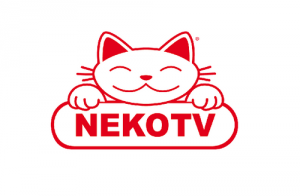 Sony Pictures Television Networks (SPTN) is moving into the Italian free-to-air TV market for the first time as a two-channel carriage agreement with Sky draws to a close.

SPTN has reached a deal with Television Broadcasting System (TBS) to buy the channels NekoTV and Capri Gourmet, which have been broadcasting on the Italian digital terrestrial TV platform since 2011.

The move comes as AXN and AXN Sci-fi are due to cease broadcasting on Sky in Italy – the only Italian platform that carries the channels – on March 1.

“After years of positive partnership we have failed to reach a carriage agreement with Sky Italia which has resulted in AXN and AXN Sci-Fi ceasing broadcasting on the pay TV platform,” a spokesperson for SPTN told DTVE.

“We are exploring other opportunities for the AXN brand which had a combined reach of 7.3m viewers across 2016 and will inform our customers in time about those opportunities.”

Commenting on the NekoTV and Capri Gourmet deals, Kate Marsh, SPTN’s executive vice-president for international networks in Western Europe said: “Western Europe is an important growth region for SPTN and we are extremely pleased to have the opportunity to invest further in Italy in the fastest growing sector of the television market, DTT, allowing us to reach more viewer.”

“This latest acquisition further expands our free-to-air footprint while bringing an exciting new dimension to SPTN’s networks business in Italy.”

TBS owner, Costantino Federico, said: “We have been operating in Italy for the last 25 years and have nine channels on the DTT platform. Sony’s acquisition of NekoTV and Capri Gourmet enables us to focus our energy on our other channels and business in the Italian territory.”

NekoTV and Capri Gourmet can be found at channel numbers 45 and 55 respectively on Italy’s DTT electronic programming guide.

Earlier this month Discovery and Sky said that Discovery’s channels will remain on the Sky platform in the UK and Germany after the pair reached a last-gasp deal in their carriage dispute.

Both sides claimed victory as a new deal was reached following a public spat, with Discovery saying it secured improved terms for its 13-strong bouquet, and Sky saying that Discovery accepted the terms previously on the table.