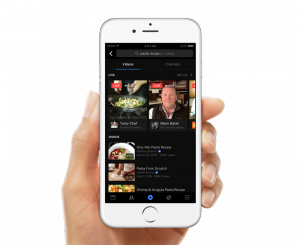 Lefevre, who confirmed her move in a post on Facebook, was previously executive vice-president, development and programming and head of scripted at MTV.

She will stay based in Los Angeles, working out of Facebook’s offices in Playa Vista on the west side of the city.

“I have always been drawn to the idea of building something and the idea of being part of the team that helps build Facebook’s original content ecosystem… well, that just seems like a dream,” said Lefevre.

At MTV the exec worked across shows including Faking It, Awkward, Finding Carter, Scream, Teen Wolf and Sweet/Vicious.

According to a Variety report, Lefevre will report to head of global creative strategy, Ricky Van Veen – the co-founder of IAC/InterActiveCorp-owned comedy site CollegeHumor, who joined Facebook last year.

The news follows a recent Wall Street Journal report,claiming that Facebook is developing a big-screen video app for TV set-top boxes, including Apple TV, as part of its efforts to position itself as a video-first company.