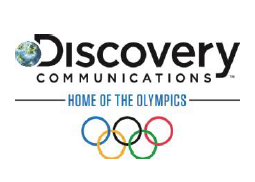 Discovery Communications has struck a series of deal  for its Olympic Games coverage with Polish state broadcaster Telewizja Polska and broadcasters in the Czech Republic, Estonia, Georgia, Iceland, Latvia and Lithuania.

The agreements cover free-to-air audio-visual rights for the PyeongChang 2018 Olympic Winter Games and Tokyo 2020 Olympic Games in Poland, as well as in Estonia, with Eesti Meedia, Georgia, with Georgian Public Broadcasting, Iceland, with RÚV, Latvia, with Latvijas Televīzija and Lithuania, with Lietuvos Olimpinis Fondas.

In addition to its partnership previously signed with Ceska Televize, Discovery has struck an agreement for non-exclusive radio rights with Czech Radio in the Czech Republic.

Discovery has now concluded eighteen Olympic Games sublicensing agreements in Europe. One notable gap is Germany, where the pay TV group and public broadcasters ARD and ZDF failed to come to an agreement.

Peter Hutton, CEO of Eurosport, said: “We are excited and proud to work with partners that value the Olympic Games as much as we do, and help us achieve our ambition to bring the Games to more people on more screens than ever before.  When you consider alongside our decision for Eurosport to retain the exclusive rights in Germany and our preparations for extensive coverage in Norway and Sweden, these new agreements are a further sign that we are well on track to delivering the ultimate Olympic Games experience.”