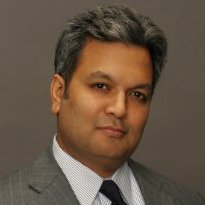 The new unit, FoxNext, will oversee the production of studio franchise VR experiences, such as the already announced Alien and Planet of the Apes productions, and work to commercialise Fox’s overarching VR strategy. FoxNext will also combine the efforts of the video gaming groups responsible for such hits as The Simpsons: Tapped Out mobile game and the Alien: Isolation console/PC game into one new interactive unit. It will also oversee the company’s location-based entertainment business including the development of the 20th Century Fox World theme park in Malaysia.

Making up Mehta’s team, Rick Phillips has been named as EVP of Fox Interactive, while Greg Lobardo will serve as SVP of Fox Location Based Entertainment. Brendan Handler will work under Mehta as SVP of new media and general manager of FoxNext’s VR Studio, while Ted Schilowitz will serve as Fox Futurist. Schilowitz will also continue to advise Ted Gagliano, president of feature post-production at 20th Century Fox.

“We’re excited by the power of new technologies to drive the art of storytelling forward and we know we’ve only scratched the surface. Salil brings a strategic business vision and a deep understanding of new technologies allowing us to expand our creative capabilities,” said Rice.

“Extending our storytelling to new platforms in new ways is a constant focus for us as we look to build more touch points with consumers every day. Building on the momentum we’ve already seen in this area via the Fox Innovation Lab, FoxNext represents a natural next step in defining our long-term vision in this arena, and Salil is quite simply the perfect executive to build this group into what we know will be an industry leader,” said Snider.