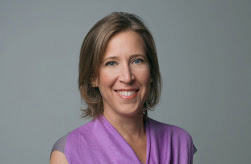 More than 1,000 YouTube content creators reached a million subscribers last year, more than double the 2015 figure, according to the video site.

In a blog post looking back at 2016 and heralding “an exciting 2017”, YouTube CEO Susan Wojcicki outlined a number of plans, including opening a YouTube Space studio in Rio this year.

She also said that YouTube would ramp up its YouTube Originals production output and expand its SVOD offering, YouTube Red, into more markets following its US debut in 2015.

“In less than one year, we released 24 original series and films, covering nearly every genre from documentaries to dramas to animated series. This year, we’ll release even more new original titles, investing in the creative ambitions of many top creators, on the platform where their fanbases already live,” said Wojcicki.

Referring to YouTube Red, she added: “We’ve worked hard to bring our subscription service to new markets, including Australia, New Zealand, Mexico and South Korea. We’ll continue to roll out YouTube Red in new markets throughout 2017, giving creators another meaningful way to earn revenue from their content and fans access to brand new original series and films.”