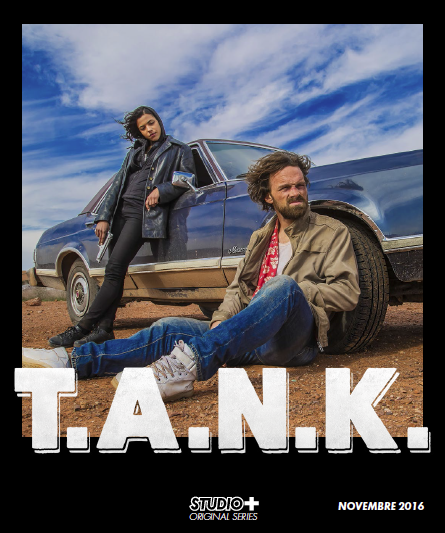 Canal+ has launched its vaunted premium TV-over-mobile service Studio+ in France, and said it will be in 20 countries by year-end.

Vivendi-owned French TV group Canal+ is struggling at home in the pay TV arena, and is therefore betting on the new Studio+ service reaching new subs, with confirmed plans to roll it out internationally.

“The mobile has become the first screen, the first interface between viewers – especially the millennials – and the world of content, entertainment and information,” said Dominique Delport, the president of Vivendi Content, which is Vivendi’s entertainment arm.

He added that despite the consumer move to mobile there is very little by way of quality original series, movies and docs.

The service will allow subs to watch content on cell phones and connected devices. There will be acquired shortform content to sit alongside the originals. At launch there will be 15 series – seven original, eight acquired – and 44 additional shorts, taking the line-up to 200 videos in all. The original series will take a 10x10mins format.

“The Vivendi group is convinced of the relevance of mobile models for the development of a new popular culture content and wished to invest this field, betting on new formats, new artists and new stories,” said Delport.

There will be a new original series each week on Studio+, and Delport predicted this would trigger widespread take-up.

“We are convinced that this mode of viewing will become the preferred solution for all those who have ten minutes free to entertain themselves, or more simply for those who do not have fifty minutes in front of them for a traditional TV episode,” he said. “We are ready to bet that every ‘contented connoisseur’ in France, and soon in all Europe, will enjoy.”

The launch highlight is T.A.N.K. (pictured), a drama about a convict who escapes from prison and embarks on a high speed chase across the country.

The user interface allows subs to search by genre, and choose from five language options: English, Spanish, Portuguese, French and Italian. There is also a download mode to allow offline viewing.