Ampere: sports viewing on the decline among millennials 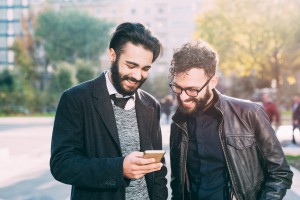 Interest in sport among young millennials is “on the decline” with many viewers lured away from sport by the wealth of TV and online video content, according to new research.

The Ampere Analysis report claims that demographic and cultural shifts are “changing the way younger audiences view sport”, with the some evidence suggesting that the availability of online video services such as Netflix and Amazon may be influencing the trend.

Of nearly 32,000 consumers interviewed in the US and Europe in the past year, sports fans were found to be under-indexing among those aged 18-24.

According to the stats, 10% overall chose sport as their favourite genre. Of these, just 11% were young millennials, compared to 13.5% of the surveyed population – 17% lower than would be expected.

Meanwhile, 46% of those who identified sports as their favourite genre were aged 45 and over, compared to 43% of the surveyed sample.

“Younger consumers are turning off sport in favour of scripted and social video content including comedy, sci-fi, romance and action & adventure. Clearly a ‘one-size fits all’ content strategy will not last as a pan-generational plan.”

Ampere noted that US audiences for this summer’s Rio Olympic Games were down compared to the London 2012 games, and said that in the UK in 2016 the average weekly viewing of a collection of sports channels – including Sky Sports, BT Sport and Eurosport – is down 9% compared to 2010.

“Young millennials are being lured away from sport by today’s huge choice of TV and online video content. They are much more likely to indicate a preference for scripted or unscripted comedy and action content than older viewers,” according to the report.

It found that sports viewing drop-off among millennials appeared to be strongest in the UK and US and weakest in markets with low levels of uptake of on-demand services like Netflix, such as France and Poland.

“Broadcasters and sports bodies need to encourage millennials back to sport, after all, they are the fans, viewers – and subscribers – of tomorrow,” said Broughton.

“Building fan bases internationally has been a core part of league growth strategies to-date – but securing domestic audiences will be crucial to future security.”