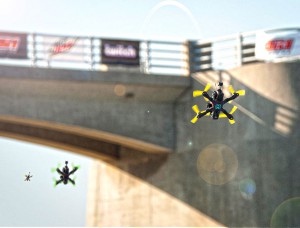 Eurosport has teamed up with drone racing outfit DR1 Racing to exclusively distribute content for broadcast in 70 countries across Europe and Asia-Pacific.

The first episode of the DR1 Invitational from Los Angeles will air on Eurosport 1 on November 8 at 23:00 CET.

Eurosport CEO Peter Hutton said: “Eurosport is constantly looking to innovate and we believe new technology, be it Virtual Reality content in our coverage or innovations within emerging sports, is a great driver of engaging fans in sport.  It has been fascinating to see the continued growth in popularity of eSports and the way DR1 combines this with the more traditional nature of sporting competition is an exciting model. We are looking forward to working with DR1 and offering fans the chance to follow the twists and turns of this exciting news sport on all Eurosport’s platforms.”

Brad Foxhoven, Founder of DR1 Racing, said, “We are thrilled to be bringing this exciting sport that combines Formula 1, NASCAR and eSports to an audience as broad as Eurosport’s.

Eurosport showed a genuine appetite to not only broadcast drone racing through its linear broadcast channels but also play an important part in growing the sport via its social and digital platforms too. The growth opportunities of drone racing, both from a high performance and an innovation standpoint, are endless.”