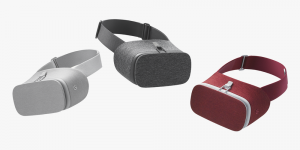 Google has launched the first phones that are compatible with its Daydream VR platform and revealed its new Daydream View headset and controller.

At a launch event in San Francisco, Google unveiled its new Pixel and Pixel XL smartphones, which are equipped with the latest Android 7.0 Nougat software and are the first to come ‘Daydream ready’.

The Pixel phones have high-resolution displays, high-fidelity sensors and are equipped with Qualcomm’s powerful Snapdragon 821 mobile processor – and Google said that a lot more Daydream-ready phones are now “on the way from leading Android smartphone makers”.

The Pixel phones are due to launch later this month, while the Daydream View headset plus controller is due to follow next month in the US, Canada, UK, Germany and Australia – priced at US$79 in the US, £69 in the UK and €69 in Germany.

Designed and developed by Google, the headset works with any Daydream-ready phone, is made with soft and breathable fabric and will come in a choice of three colours.

The controller meanwhile contains sensors that are designed to understand movements and gestures, with Google claiming “it’s so precise that you can draw with it”. 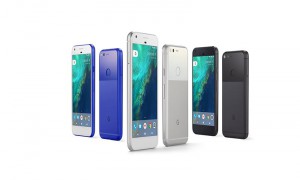 “We’ve brought some of the most popular Google apps into VR. With YouTube, you can watch the entire library of videos on a virtual big screen and experience immersive videos from creators like Buzzfeed, PrankvsPrank, Meredith Foster, CollegeHumor, Tastemade, UnboxTherapy and VSauce2,” said Google in a blog post announcing the launch.

A VR version of Google Street view will allow users to take virtual tours of “more than 100 of the world’s most amazing places like the Pyramids and the Taj Mahal” while the Google Play Movies app will makes movies and TV episodes available to watch “in your own virtual theatre”.

Content from Hulu, HBO and Netflix will also be available to watch on a “virtual big screen” in VR, while other VR launch partners include The New York Times, The Wall Street Journal and a VR experience for Harry Potter spin-off Fantastic Beasts and Where to Find Them, produced by Warner Bros.

Google first announced its Daydream platform at its I/O developer conference in May and said at the time that Samsung, Alcatel, Asus, Huawei, HTC, LG, Xiaomi, and ZTE will all launch Daydream ready smartphones.

“Daydream lowers the entry barriers for smartphone makers wanting to deliver high-quality virtual reality experiences, which so far only Samsung Gear VR has been able to offer thanks to its partnership with Oculus.”

However, Jijiashvili cautioned that the fragmentation that exists with different versions of Android is “likely to limit the addressable market for the VR platform.”