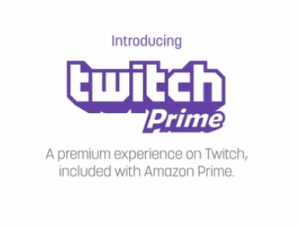 Twitch has launched Twitch Prime, a new offering that combines Amazon Prime with a premium experience for users of gaming-focused video platform.

The new Twitch premium offering is included with Amazon Prime and offers users: free game ‘loot’, such as characters, vehicles, skins; ad-free viewing of Twitch content; and other functionality like exclusive emotes and more chat colours.

A new channel subscription will be available to Twitch Prime users every 30 days, introducing a new way for people who stream content to the site to get paid.

Twitch Prime subscribers will also receive discounts on new-release games sold by Amazon during the pre-order period and for the first two weeks after launch.

“If you already have Amazon Prime, then you get Twitch Prime included at no extra cost, right now! All you have to do is link your Twitch account to your Amazon account,” said Twitch.

Twitch Prime is available now to Amazon Prime members in the US, UK, Canada, Germany, France, Italy and Spain.