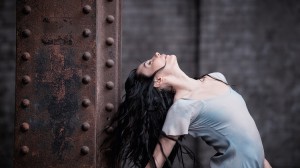 Factory 42, a new immersive content production company set up by former Sky 3D director, John Cassy will produce the two-minute piece, which will be based on the Akram Khan-choreographed version of romantic ballet Giselle.

Sky’s executive producer of Sky VR Studios, Neil Graham, commissioned the immersive experience, which will be available on Sky’s new VR app when it launches in October.

“Sky have an incredible track record in marrying technological innovation and entertainment, and we’re delighted to have been commissioned by them to create ground-breaking cinematic quality VR with English National Ballet,” said Factory 42 CEO, Cassy, who worked on 3D projects for Sky between 2010 and 2013.

Sky’s Neil Graham said: “We hope that in creating this innovative piece that we, and English National Ballet, can give everyone who sees it a bit more insight into the beauty, drama and technical majesty of ballet.”

The VR ballet footage will feature original choreography by Khan, and music by Vincenzo Lamagna, and will draw on the talent of ENB’s artistic director and Tamara Rojo.

The piece will use the 360º space with the dancer leaving behind a 3D trail of light and dust, which will show the course of her movements, according to Sky.