BBC to require iPlayer logins for all from next year 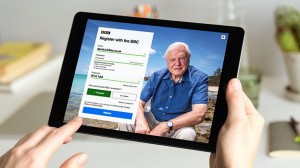 From early next year all viewers will be required to sign into the BBC iPlayer, as part of a plan by the UK broadcaster to offer a “more tailored BBC experience”.

The BBC said the plans mark the next phase of its efforts to make its content, products and services more personalised to all viewers and listeners.

From this week the BBC will introduce a new sign-in system for BBC ID – a service that users can already use to get a personal experience, but is not required to access iPlayer.

This new system will require BBC ID holders to add a postcode to their account information – a move that the BBC said is “more robust and secure” than the current log-in, which only asks for an email address and password.

From early 2017, the BBC will ask all viewers and listeners to sign in to BBC iPlayer, BBC iPlayer Radio and some of its mobile apps.

The BBC said that the move will benefit users and also allow the corporation to make more informed decisions about future programming and services – based on information about how people use and like services.

“I want everyone to get the very best from the BBC. By learning about what you want and like we can take you to more of the great programmes you love, stories you might be interested in and content you might otherwise never have discovered,” said BBC director general, Tony Hall.

“This is a real transformation – reinventing public service broadcasting for the digital age. Millions of people are already benefitting from this more personalised BBC, and by rolling it out for everyone no one will be left behind.”

The BBC said that TV Licensing will have access to information provided by logged-in users, but claimed this will not be used for enforcing licence fee payments. However, BBC media correspondent, David Sillito commented: “Coming less than a month after the extension of the licence fee to the iPlayer, it’s hard not to see this as just a way of encouraging people to pay up.”

A change to UK law came into effect on September 1 requiring viewers to buy a licence fee in order to watch programmes on-demand from the BBC iPlayer.

This marked the first time that UK viewers have been required to pay to access non-live BBC programming via the web – with the licence fee previously only needed by people who watch or record BBC television at its original time of broadcast.

The law change came after the UK government said it would “modernise the current licence fee system” and close the ‘iPlayer loophole’ as part of its White Paper on the future of the public broadcaster, published In May.