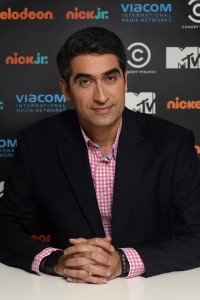 Viacom International Media Networks (VIMN) has made three senior appointments as part of a management rejig in the Asia Pacific region.

Meanwhile, Kirsty Bloore, research director for Australia and New Zealand, has been promoted to senior director, research for Asia Pacific.

“I am delighted to announce leadership changes that further strengthen our existing leadership team in the region. Their appointments demonstrate how we’re combining the best talent and assets as we maximize operational and creative expertise in the company,” said Mark Whitehead, executive vice-president and managing director, Asia Pacific.

In his new role Sharma will continue to report directly to Mark Whitehead.

Bates will report to Whitehead for his MTV regional role and to Ben Richardson, senior vice-president and general manager in ANZ for his local brand leadership over MTV, Comedy Central and Spike.

Bloore will report to Amit Arora, vice-president of strategy and business development, Asia Pacific and to Richardson for ANZ research support.