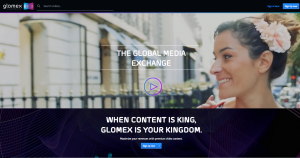 Glomex, short for Global Media Exchange, launches in beta this week, allowing content owners to offer verified and brand-safe videos which publishers can embed into their websites and apps.

The service, which ProSiebenSat.1 launched at German digital trade show Dmexco, already has 20 companies attached that will use the exchange.

These include German video content providers such as BILD and Deutsche Telekom, as well as international video businesses such as NetInfo and Nova from Bulgaria and Greece’s Phaistos Networks. More national and international partners are due to follow later this year.

“With Glomex, we are building a network of networks, enabling frictionless distribution and monetisation of videos – for major publishers as well as for small, highly specialised apps”, said  Jaschke.

“We are working 24/7 on establishing a marketplace that will put all market participants in a position to cost-efficiently include videos into their websites and apps as major revenue drivers.”

Based in Unterföhring, near Munich, and with a staff of 85, Glomex is a technical service provider that offers all solutions associated with the publication of video content – from a video file’s ingest, storage, transcoding and delivery, to its monetisation and analysis.