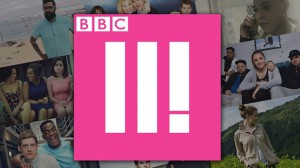 Commercial TV viewing on television sets was up in the in the UK in the first half of 2016 thanks in part to BBC Three’s move from linear to online, according to new research by Thinbox.

The marketing body for commercial TV in the UK said that it is likely that the closure of BBC Three’s broadcast TV channel in February is “partly responsible for a dip in BBC TV viewing and commercial TV’s strong performance”.

“According to March-May figures from the BBC, the BBC’s broadcast TV viewing has dropped by 8% compared with the same period last year. The drop is more pronounced among 16-34s – BBC Three’s core audience – for whom viewing dropped by 18%,” said Thinkbox.

“With iPlayer viewing flat across the same period as reported in the latest iPlayer performance pack, it appears that the BBC has lost the viewing BBC Three previously provided. This underlines the continued importance of having a broadcast TV channel alongside an online VOD service.”

Thinkbox said that commercial TV still accounts for 76.4% of children’s TV viewing at an average of 1 hour, 17 minutes a day – a decline of three minutes per day.

“Any declines for this age group are exaggerated due to the fact that non TV set viewing, which skews heavily to younger people, is not yet included in the standard measurement figures,” according to the research.

Overall TV viewing – including BBC channels – among all age groups, decreased slightly year on year to 3 hours, 34 minutes a day, a drop of 2 minutes a day.

However, average commercial TV viewing on a TV set increased by 1 minute per day year-on-year to 2 hours, 24 minutes a day, and accounted for 67.4% of TV viewing, said Thinkbox.