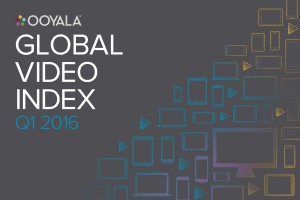 According to a study by video tech firm Ooyala, almost 100% of SVOD viewing across all devices is for long-form video of 20 minutes or more. AVOD users, however, consume differently depending on the device.

Smartphone and PC viewers spend 66% and 55%, respectively, on short-form content, while tablet users spend 43% of the viewing time on long-form and 44% on short-form, with little interest shown in mid-length video.

Connected TV viewing for AVOD is much more in line with SVOD consumption, with 92% of time spent on long-form.

AVOD users were found to spend 55% of their time on PCs, with the same number doing the same on mobile devices streaming SVOD platforms. Ooyala said this preference for personal devices shows SVOD to be a more personal experience.

If platforms are able to keep a buffering ration of under 0.2%, they are more likely to retain viewers, the study showed. A 1% buffer rate would see 50% drop off, while 43% would still leave it was just 0.4%.

Other interesting stats showed consumers would watch around 40% of content recommended to them, and would subsequently spend more time on the platform thereafter.

Combined, the numbers suggest that there is no clear front runner in the battle for the dominant on-demand business model.

“The TV revolution has reached an inflection point as already-complex issues now compound upon one another causing even more perplexing challenges for premium content providers,” said Ooyala principal analyst Jim O’Neill of the findings.

Ooyala’s Q1 2016 Video Index report was drawn from insights into more than 3.5 billion ‘video analytic events’ recorded per day across the world.