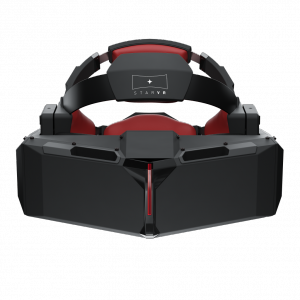 IMAX said it will develop a premium, location-based virtual reality offering that includes entertainment content and games – delivered to multiplexes, malls and other commercial destinations.

Through its deal with Starbreeze, IMAX will create a VR experience that will use the Swedish firm’s StarVR headset technology. Starbreeze’s library of VR entertainment content and games will be made available to consumers, while IMAX said it will look to establish new VR content partnerships through its existing Hollywood filmmaker and studio relationships.

“We believe VR is an area that holds tremendous promise and is a natural progression for IMAX given our established worldwide brand presence, our immersive entertainment technology know-how, and strong industry relationships with filmmakers, studios and exhibitors.”

IMAX said that a test site for the first IMAX VR location has been selected, and that it plans to launch “up to six sites this year in both domestic and international markets”. If successful, the concept will then roll out globally.

Last week, IMAX also used Google’s I/O developer conference to announce that it is working with Google to develop a “cinema-grade virtual reality (VR) camera” – another aspect of its overall VR strategy.

The IMAX VR camera will be designed “from the ground up” by IMAX engineers and camera specialists, in partnership with Google, and will use the latter’s Jump platform for creating and viewing 3D 360 video.

“For nearly 50 years, IMAX has pioneered moving image capture to allow filmmakers to produce the highest resolution images across 2D, 3D, film and digital formats. Today’s partnership with Google takes us into the next frontier of immersive experiences – virtual reality – and we look forward to working with them to provide our filmmaker partners and other content creators with a level of VR capture quality not yet seen in this space,” said Gelfond.