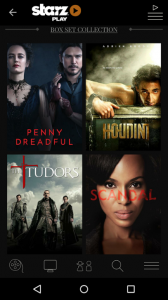 Starz Play Arabia is launching Arabic content on its SVoD platform to complement its Hollywood fare.

Starz, which launched in 17 territories in the region a year ago, will bring about 1,000 hours of Arabic content to the platform, according to Saniel Jesse Bates, CCO, speaking on a panel session at TV Connect yesterday.

Bates said that ninety per cent of subscribers to the platform are Arabic speakers. Saudi Arabia is a key market with high demand for Hollywood content.

He said Starz had tried not to become “all things to all men” by focusing primarily on Hollywood content rather than introducing packages targeted at expatriate and migrant workers. “We wanted to create strong clear positioning and we’ve added Arabic content to complement that,” he said.

Addressing the challenges of SVoD in the region more generally, Bates said that an SVoD subscription could work in the Arabic region by adding value and delivering a high quality user experience, including delivering everything in HD.

He said Netflix’s entry into the market had been positive for all players, making people aware of the SVoD category. “We saw a large lift in our numbers as a result of Netflix coming in,” he said.

“One of the challenges they have is that their full service is not subtitled for the region,” he said, adding that Netflix was also challenged by its lack of rights to key properties. He said that Starz had not seen a significant impact on the price of rights as a result of Netflix’s entry. The latter had however made the company more aggressive in searching out key rights that it wants to tie down.

Bates said that carrier billing was key for SVoD players as other payment methods were not common or were not trusted. “About 40% of our customers are coming from carrier billing. This is something Netflix will have to adjust to too.”

Bates said that mobile across the region is predominantly pre-paid. However, about 80% of people sign up on their mobile phones, even though many watch the content on their TV screens. “The dynamics vary market by market,” he said. “But the number of people who come to us via mobile sign up has been surprising.”

Samer Abdin, co-founder and CEO of rival SVoD service Istikana, speaking on the same panel session, said that his service had, in contrast with Starz, launched with a primary focus on premium Arabic content. “Pay TV is dominated by Hollywood and sports. In the Arabic content space, how to attract customers is about a combination of breadth with a large range of multigenre content and things that are hard to find on FTA, and convenience and quality,” he said.

Samer said that the availability of legal content was the best way to tackle piracy. “VPNing is huge, but now Netflix has launched. If HBO did the same no one would access the US via a VPN to pirate it. As more content becomes available legally, the level of piracy will go down,” he said. He said legal attacks on piracy have a very limited impact, because people always find a way round restrictions and only a few players are every prosecuted.

Samer said that Netflix did not have a full catalogue of content for the region, with House of Cards being owned by OSN, for example. He said that people who had been aware of the whole Netflix catalogue through VPNs were aware of how restricted the Netflix local catalogue was.

Samer said that billing was an issue across the region, with few people having access to banking or ATM cards in many territories. He said that content discovery as well as sign up was often via mobile. Consumption of the service is about 50% via mobile devices and 50% via the TV.